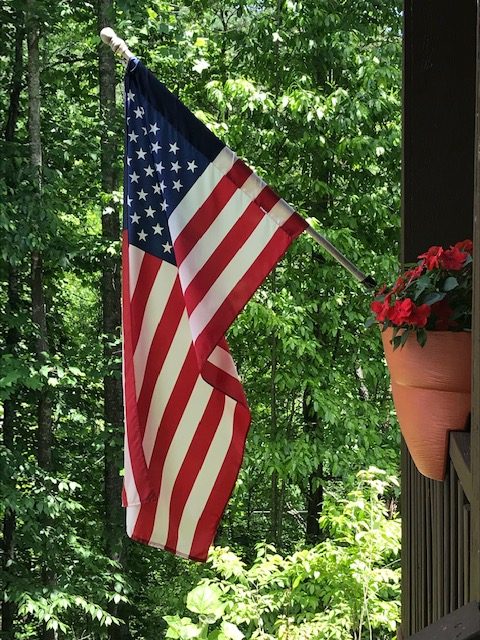 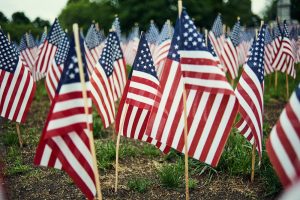 Memorial Day is an American holiday, observed on the last Monday in May, to honor the men and women who died while serving in the U.S. military.  This Memorial Day will occur on Monday, May 31.

In the spring of 1865, after the end of the Civil War, a war that had claimed more lives than any other conflict in U.S. history had established its first national cemeteries.

In the years following the Civil War, Americans across the US began holding springtime tributes to the countless number of fallen soldiers, decorating their graves with flowers and reciting prayers, but it was not until 1971 that Memorial Day became an official holiday.

In 1865, the federal government declared Waterloo, NY the official birthplace of Memorial Day in 1966.  It was chosen, because it hosted an annual, community-wide event, during which businesses closed and residents decorated the graves of soldiers with flowers and flags,  It has been found though that one of the earliest Memorial Day commemorations was organized by a group of formerly enslaved people in Charleston, South Carolina that took place less than a month after the Confederacy surrendered

In 1868, Memorial Day was first called Decoration Day. General John A. Logan, leader of an organization for Northern Civil War veterans, called for a nationwide day of remembrance in early May. He wanted May 30 to be designated for the purpose of strewing with flowers, or otherwise decorating the graves of comrades who died in defense of their country. He wanted to call it Decoration Day because it was not the anniversary of any one particular battle or war.

On the first Decoration Day, General James Garfield made a speech at Arlington National Cemetery, and 5,000 participants decorated the graves of the 20,000 Civil War soldiers buried there.

By 1890, many Northern states had made Decoration Day an official state holiday, but Southern states continued to honor the dead on separate days until after World War I.

During World War I  the United States was once again embroiled in another major conflict, and so the holiday evolved to commemorate American military personnel who died in all wars, including World War II, the Vietnam War, the Korean War and the wars in Iraq and Afghanistan.

In 1968, observe congress passed the Uniform Monday Holiday Act, and so establishing Memorial Day on the last Monday in May so that federal employees could have a three-day weekend. The change went into effect in 1971 making Memorial Day a federal holiday.

Cities and towns across the United States host Memorial Day parades each year, often incorporating military personnel and members of veterans’ organizations. Some of the largest parades take place in Chicago, New York and Washington, D.C. Many people consider Memorial Day weekend the start of summer and so take weekend trips or throw parties and barbecues on the holiday.

Americans still observe Memorial Day by visiting cemeteries and memorials. Some people wear a red poppy in remembrance of those fallen in war. A tradition that began after World War I from a poem written by John McCrae, a Canadian Lieutenant Colonel who a brigade surgeon for an Allied artillery unit. He had spotted a cluster of the poppies during the bloody Second Battle of Ypres. The sight of the bright red flowers against the dreary backdrop of war inspired McCrae to write the poem, “In Flanders Field,” for the soldiers who had been killed in battle and lay buried beneath the poppy-covered grounds. Later that year, a Georgia teacher and volunteer war worker named Moina Michael read his poem in Ladies’ Home Journal and then wrote her own poem, “We Shall Keep the Faith” to begin a campaign to make the poppy a symbol of tribute to all who died in war. The poppy remains a symbol of remembrance to this day.

In Flanders Fields, the poppies blow
Between the crosses, row on row,
That mark our place; and in the sky
The larks, still bravely singing, fly
Scarce heard amid the guns below.

We are the dead. Short days ago
We lived, felt dawn, saw sunset glow,
Loved and were loved, and now we lie,
In Flanders fields.

Take up our quarrel with the foe:
To you from failing hands we throw
The torch; be yours to hold it high.
If ye break faith with us who die
We shall not sleep, though poppies grow
In Flanders fields.

“We Shall Keep the Faith”
by Moina Belle Michael 1918

Oh! you who sleep in Flanders Fields,
Sleep sweet – to rise anew!
We caught the torch you threw
And holding high, we keep the Faith
With All who died.

We cherish, too, the Poppy red
That grows on fields where valor led;
It seems to signal to the skies
That blood of heroes never dies,
But lends a lustre to the red
Of the flower that blooms above the dead
In Flanders Fields.

And now the Torch and Poppy Red
We wear in honor of our dead.
Fear not that ye have died for naught;
We’ll teach the lesson that ye wrought
In Flanders Fields.