Tomorrow we recognize and acknowledge all those who have served in our armed forces.  This year marks the 100th Anniversary of Armistice Day. Here are some interesting facts about Veterans Day that you may not know.

On November 11, 1919, President Woodrow Wilson proclaimed the first commemoration of Armistice Day with the following words: “To us in America, the reflections of Armistice Day will be filled with solemn pride in the heroism of those who died in the country’s service and with gratitude for the victory, both because of the thing from which it has freed us and because of the opportunity it has given America to show her sympathy with peace and justice in the councils of the nations…”. This was the first anniversary of the end of World War I. In 1926 Congress passed a resolution for an annual observance. In 1938 November 11th became a national holiday. Unlike Memorial Day, Veterans Day pays tribute to all American veterans, living or dead, but especially gives thanks to our living veterans who served our country honorably during war, or peacetime.

Veterans Day is held on November 11th every year in the US in honor of the 11th hour on the 11th day of the 11th month, 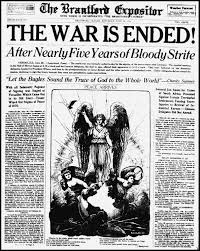 which was when an armistice, or temporary cessation of hostilities between the Allied nations and Germany went into effect. The official end of the “war to end all wars”, happened with the signing of the Treaty of Versailles on June 28, 1919 which took place 7 months later. 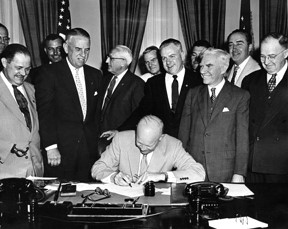 In 1954 President Dwight D. Eisenhower officially changed the name of the holiday from Armistice Day to Veterans Day.

Congress in 1968, passed the Bill to Uniform Holidays which moved the observance of Veterans Day to the 4th Monday in October.  But in 1975, President Gerald Ford returned Veterans Day back to November 11th, due to the historical significance of the date.

Veterans of all wars are commemorated on Veterans Day.

It is common to observe 2 minutes of silence at 11am on November 11th in Europe, Great Britain and the Commonwealth countries.

Every Veteran’s Day, Arlington National Cemetery holds an Annual Remembrance Service. The cemetery has graves of over 400,000 people, most of whom served in the military.

The important purpose of Veterans Day is to honor America’s Veterans for their patriotism, love of this country, their willingness to serve and the sacrifices they make for this nation and us. Take a moment to honor and give thanks to the veterans that you know.

Your cart is empty
Visit The Shop